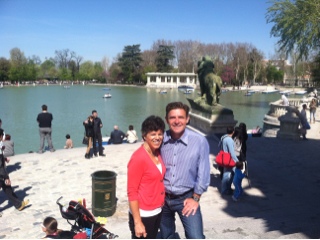 We attach significance to spaces--memories and emotions that are very personal and can be very meaningful. Madrid is one of those spaces to me.

I love the buildings and history, the metro and boulevards, the language, tapas, cañas, bocadillos, Retiro Park, cafe con leche, chocolate con churros and I actually like the ubiquitous cigarette smoke. I'm tempted to start smoking.

In 1981 I saw a flyer posted in the Spanish department for a scholarship to El Centro de Estudios Hispánicos. I don't know why I was interested. I had just chosen my Spanish major that fall, mostly because you have to declare something and I had twenty advanced …
Post a Comment
Read more
More posts