Showing posts from September, 2013
Show all

Hope Amidst the Unlikely (The Story: Chapter 2) 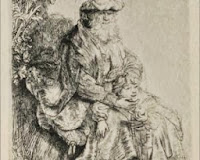 There is so much about the Abraham-through-Jacob-story of Genesis that is so unlikely: old bodies giving birth, lying, wrestling with brother, wrestling with God, refugees becoming great, stealing birthrights, to name a few. And on the back end of unlikeliness we have hope because we know how the story goes. But on the front end of unlikeliness, while we are still in the unlikely, there is often no hope.

I visited a friend last week who has declined over the last three months because something is attacking his brain. Tests are still inconclusive. The doctors are still scratching their heads. They think they know what it is not, but they don't know what it is. Without a diagnosis, there is no prognosis.

There is fear and uncertainty, yet he is surrounded by hope. Hi…
1 comment
Read more

Made in God's Image (The Story: Chapter 1) 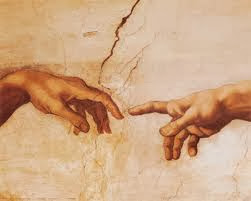 "So God created human beings in his own image, in the image of God he created them;male and female he created them." Genesis 1:27
Last Sunday we began our journey through The Story--31 weeks of connecting our individual and unique stories with God's epic and grand story. We covered the first nine chapters of Genesis, which is like fast forwarding through a movie and just getting a glimpse of all the action.

As I was reflecting on the beginning chapters, where God creates everything we see and don't see, where God fashions human beings out of the ground ("Adam" means dirt) and establishes his relationship with every living thing ("Eve" means living one), a phrase caught my attention: "Let us make human beings in our image" (1:26).